Summoning Clauneck : The Price Of The Free Flowing Cash Circuit 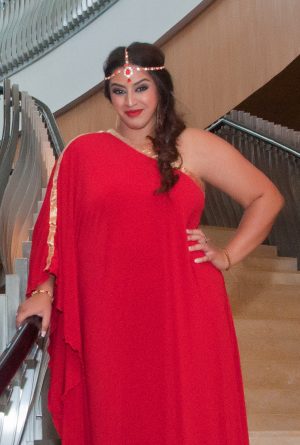 As a woman who possesses a very strong, and robust relationship with one of the chief Spirits of the Grimorium Verum,— Clauneck, has come to serve me well over the years. Clauneck has assisted me in many of my wealth workings, my wealth mindsets and keeping me strong and positive to navigate life. He is a very ancient left Hand Spirit, and would provide you advice and financial mentorship BEYOND your expectations of any human mentor, that is LIFE CHANGING.

As the FIRST of the 18 Servitor spirits under Duke Syrach, denoting his extremely high rank, many people want to contact Clauneck to “bring them money”. That, explicitly, is NOT how this Spirit works. First and Foremost, Clauneck ONLY operates on Merit, so good luck with contacting him, if you’re not willing to do THE WORK to make “shit happen” (as he calls it), he doesn’t answer weak petitions or requests that do not work based on YOU not working. He is one of the toughest Spirit mentors I have ever worked with, only second to King Belial (who practically will give you a new skin after his terrifying and unflinching honesty about you as an individual — and you have to be decent and know yourself before these type of Spirits even bother with you…).

I have been preparing for the blessed month of Ramadan that begins in just over a week and marrying it with the normal spirit based work that I do, upon which Clauneck touched on a topic that I long suspected in my own understanding in Wealth Consciousness, existed. I sort of “knew” it and practiced it as a principle, however until he suggested it explicitly, I was still unsure of it. That is the topic of the “free flowing cash circuit”. I was driving to the store to get some stuff and the thought came back to me, so I decided to share on the blog.

Unsure of what else to name it and I can name things as I go along (well, because I can) — the free flowing cash circuit, will be the defining factor between where money leaves, and money flows —in the challenging economic times ahead. It is evident to see what is happening globally at present and for everyone who has a thinking brain, I don’t have to SPELL things out. Recessions, Depressions, etc — you name it and it’s already here. The Spirit of that energy is present, and inflation is simply going to rise as BROKEN AND BROKE central banks print in a desperate strategy of QE (Quantative Easing), to “stimulate” the economy.

Behold, it would be enjoyable for someone to understand that one cannot flog a dead horse, as the saying renders truth; to it’s understanding.

On that note, Clauneck mentioned how important it is for an individual to simply keep circulating money as normal in this period. I do not like the word “spending money”, as the English Language, is a language of spell casting, and a language that easily keeps people trapped, stuck, broke, and, hopeless, based on the word vibration and Etymological misunderstanding of what is being said. When one SPENDS something, you are SPENT.

I cover this in one of the Audio Classes in store, (and much more), called Wealth Spelling. One either invests or circulates money, because both show returns. Many people, as Clauneck rightfully states, are in a state of paramount fear. Of what will come next, and what happens with that; is the mind becomes blank. Many unawakened people are finding out that the Agrarian age model, is dead, dead, and, did I mention, dead? hence this suggestion Clauneck puts out there, will be rejected by many who do not have the due comprehension of the ENERGETIC MONETARY MODEL. This model states of circulation and you cannot explain this model to those who do not understand money, because the first reaction to this statement is irritation and ANGER. When we dig deeper, it goes to frustration, and then it goes to helplessness. Over the years, I have suggested this model to people in passing and I have got ENRAGED reactions and looks — because it reveals how little a person’s comprehension is, on the circulation model.

The circulation model, is the very reason you can see someone hit rock bottom and in a few short years, come back up. Or go from one tax bracket to the next. Clauneck’s priceless financial counsel works for anyone, and you certainly do not need to consider yourself “educated” at a worldly financial level. I certainly do not consider myself as that. I didn’t graduate with some fancy banking degree (school and University, bored me to tears and I dropped out)— or work at a Financial Institution, however what I did understand is the OCCULT LAWS THAT GOVERN ALL THE BANKING SECTOR THROUGH BABYLONIAN LAW.

When you understand the domains of Commerce, the Legalities around it are simple, and one can easily do that by application of correct usage of Spirit based guidance (not new age nonsense, please…) to navigate the labyrinths of the modern slave banking system and how to step foot out of it, as well as operate within the laws, but make it LAWFUL through NATURAL LAW and not the legalities of it. I often say, Legal and Lawful are TWO SEPARATE CONCEPTS and due to the lack of understanding of these, rage and bitterness are natural emotions to be expected to the free flowing cash circuit.

All battery polarities possess positive and negative. Where there is generosity, there has to be selfishness. Where there is a man, there is a woman. I am not calling women, negative (before some angry feminist gets on her high horse about this — I am a woman, myself). The sun is the masculine, the positive charge, the moon, is the feminine element, the negative charge. In any aspect, especially when it comes to ions, the NEGATIVE is what the human body needs. That’s why the spa, the countryside, the mountains, the peace, REFRESHES US. A healthy dose of realism, balances out the la la land positivism, which is what Clauneck has often stipulated, through Divine Darkness.

Clauneck, being a spirit of VALUE, MERIT, AND, COMMERCIAL DOMAINS, has often said to me, that people are exactly where they need to be in life, based on their MENTAL MODEL of money. He means this at a financial level. One can deem this harsh at first glance.

The realities of money as Belial and Paimon once mentioned together, are harsh. They are without emotion and this is what bothers people the most. The free flowing money circuits simply means that no matter WHERE you are in life, you must ALWAYS have something to call your own. Even if it’s little. Even if you start with £/$100, even if it’s something you can only buy bread with. Because that level of freedom, is simply unmatched. I say this previous statement, to all the aspiring, for those of us who already trade professionally, you will know the score and understand the volatility of having money move around quickly.

My best guidance — put your money in these strange times into things that are constantly healing, supporting, nourishing, and, taking you forward.

You will be thankful you did.

For Clauneck’s Vault Mentoring, click this link and for all things Clauneck related in our Store, click here .

Remember, money doesn’t sleep, however it becomes bored and stagnant money energy, never yields the influx. It is better to be ruthlessly assessed for your shortcomings, than have your enemy do it for you.

And the enemy, is always, always watching. It is simply what rules over you, at present.

Make of that, what you will.